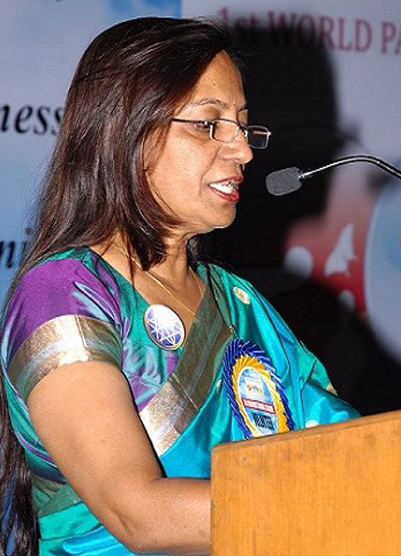 Rita Mahajan is born to an Army officer as a elder daughter and brought up by her Mother who is a house wife. She had her initial education in a Convent school and went on to do her graduation in commerce in St. Joseph's evening college and worked during the day time. Had acquired skills during this 5 yrs time and immediately after graduation started her business of surgical instruments supply company in the year 1984 in Bangalore. While doing her business she studied further and acquired MBA, Diploma in Medical Lab Technology and also many certification program from IISC.

Founder member of AWAKE (Association of Women Entrepreneurs of Karnataka) in theyear 1984. Awarded by Govt. in 1984 as YOUNG ENTERPRENUER of Karnataka.